A source of law is an entity that makes and promulgates primary legal authorities. There are two major levels of government in the United States—the federal or national government and the state governments. Primary authorities are made at the federal and state levels and also at county, municipal, and other levels.

Each level of government has branches (often three of them) that function as sources of law. For example, at the federal level, under the United States Constitution, each branch produces primary authority, as shown in this figure. 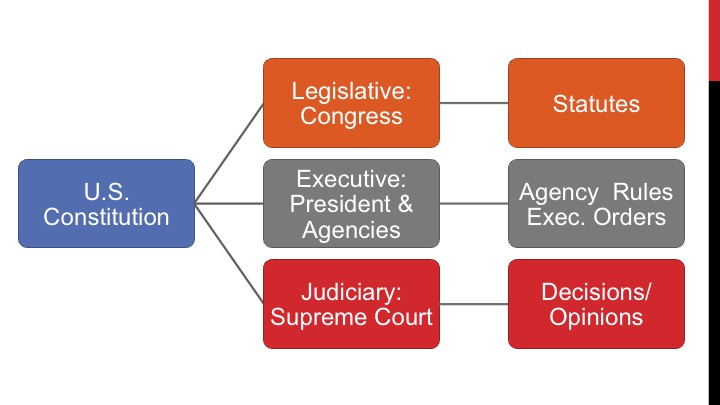 These sources of law and legal authorities are bound by an interlocking hierarchy of authorities.